Last night, just before going to bed, I was trying to dispose of a fly that was blissfully (to him) and frustratingly (to me) buzzing around my bedside lamp. As I was attempting this disposal, I noticed that there were at least three dead flies suspended within the bedside lamp's bulb. 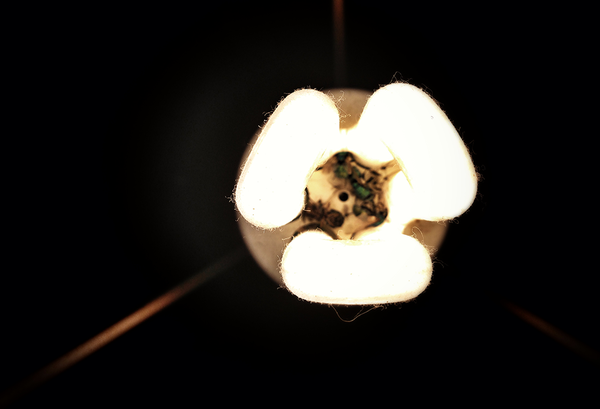 Judging from where the fly was flying, it was obvious that his friends simply flew too close to the bulb and they eventually succumbed to a nasty death.

The reality of this and the fact that this current fly wasn't amending his flight patterns brought back memories of the story about Icarus.

In Greek mythology, Icarus tried to escape from Crete where he lived. Icarus' father subsequently constructed wings, made of feathers and wax, for him to fly away. His father however warned him: don't fly too close to the Sun.

Icarus however ignored the advice, causing his wings to melt due to the Sun's heat and Icarus fell to his death.

This Greek myth has probably been over-analysed in the subsequent years as humankind seeks meaning from such stories.

In 1952, Harry Levin published his literary interpretation exploring the consequence and structure of over-ambition.

Psychologists have published opinions about the Icarus complex, which details the relationship between fascination for fire and high ambition.

Psychiatrists found similarities between this Icarus complex and bi-polar disorder.

You can read the rest of the Wikipedia entry here, but this sets the tone.

I could immediately start to draw comparisons from this with my own experiences of being an entrepreneur (and coping with that).

What I realised though, is that being entrepreneur is most definitely a choice. And a very personal one at that.

Yes, we can admit that entrepreneurship has its ups & downs. And we can explore ways in which we can make this rollercoaster ride work for us.

But the fact is that we don't want to avoid the pressures and challenges of this chosen journey; we just want to make it better. I sure know that I do.

Just like Icarus flying too close to the Sun, and last night's fly tempting the limits before he will eventually join his dead friends, I believe that entrepreneurs enjoy the rush of not knowing what tomorrow will bring.

There is a certain exhilaration that comes from swinging for the fences. It's a little dangerous of course and maybe we're a little selfish in our pursuits in this regard.

But fuck it feels good. Oh, so, good.

Inherent in that exhilaration, danger and uncertainty, is the entrepreneur's belief that everything will be okay and that it is actually possible to change or shift reality.

Just like Icarus flying too close to the Sun, entrepreneurs are very much aware of the risks of doing so; they just choose to believe in a different version of reality.

I see this manifest in so many things that entrepreneurs do:

The kicker for me is this though:

We're not trying to fly further away from the Sun.